We’ve all been there. Your Chemistry assignment is due tomorrow. You’ve got to prepare for your English Exam next week. You need to do the dishes. It’s baby’s bath time again. Gotta start looking for a job. Time to install Tensorflow on your machine and understand Neural Nets and Deep Learning 101. Or maybe all of the above. Oh well, one more game of Four-suit Spider Solitaire sans 85,78,68,79 can’t hurt can it?

Spider players rejoice! Your favourite game is one of a select few where procrastination can be a virtue. Here is a simple example: 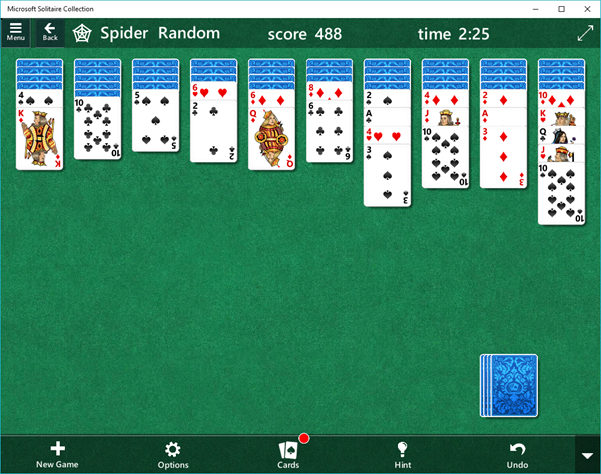 There are two obvious options: either we can expose a new card in column 3 (shifting the Spade Five on the Club Six) or move the Diamond Queen onto the king of the same suit. Which is the better option?

Suppose we build in-suit with the Diamond K-Q. A little thought shows we then have nothing better than to shift the Spade Five and turnover a card column 3. Therefore we may as well start by turning over column 3 and seeing what happens. Here are a number of possible scenarios:

In effect we are procrastinating the act of moving the Diamond Queen onto the King. It probably should be done at some point, but we lose nothing by waiting. In all the above cases, procrastination either gains something over non-procrastination or breaks even.

You might have noticed there was a further option of moving the Two of Clubs onto either Three in columns 7 or 9. Again there is no reason to do this immediately, so we procrastinate by leaving the Two of Clubs alone. The advantage becomes apparent if column 3 reveals two Deuces in a row.

Opportunities for procrastination frequently arise during the course of play. Each individual opportunity represents only a small edge, but the cumulative effect of these small edges can become significant over a large number of games.

Now that you have studied this example in great detail and have suddenly became a Master Procrastinator I think you might enjoy studying the next problem: 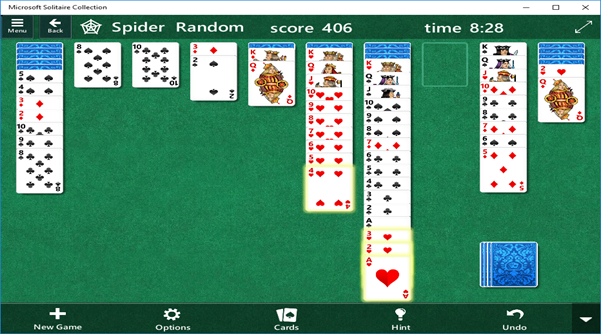 The obvious move is to complete a run of hearts using columns 6 and 7. Even better: Microsoft is kindly highlighting this move for us. And we also expose the last hidden card in column 6. The only downside is we expose the ace of clubs. Aces are generally undesirable since nothing can be played onto them. Since this game is going well, one ace will probably not hurt us. But we may as well try to avoid it if at all possible. If you’ve suffered too many bad beats in Texas Holdem and you think Spider Solitaire is out to get you then you probably know what I’m talking about.

Of course we know by now that the most obvious move is not always the best. Looking around for other options, we notice we can get two empty columns by shifting the 3-2 in column 4 onto the Four of Hearts in column 6. But that is a Pyrrhic victory since we don’t get to clear Hearts. We have to give back one of the empty columns just to reveal a new card.

Oops: I’ve just noticed that if we do get the second empty column then we can tidy things slightly by swapping the Ten of Clubs in column 4 with the Ten of Diamonds in Column 9 (note this is not possible with only 1 empty column). Okay, Microsoft is no longer highlighting the obvious move but we can live with that. 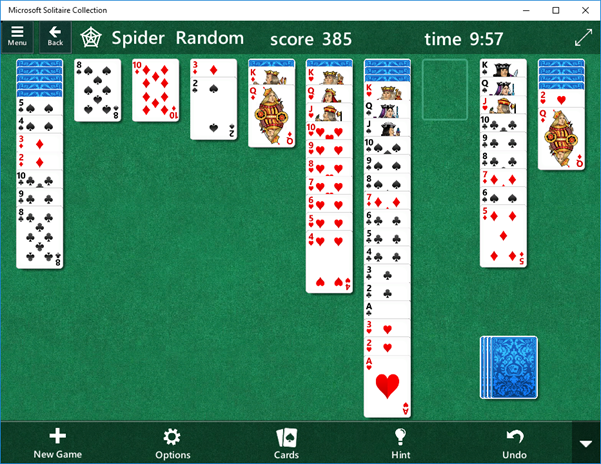 So it’s decided then: NOW we can safely drag the 3-2-A of Hearts onto the Four, clear the suit and reveal the last card in column 6.

Actually it is possible to improve this plan slightly. Can you see it? (hint: it involves procrastination).

You know the drill by now: No peeking at the answers below (deliberately or otherwise) until you’ve had an honest crack at this problem 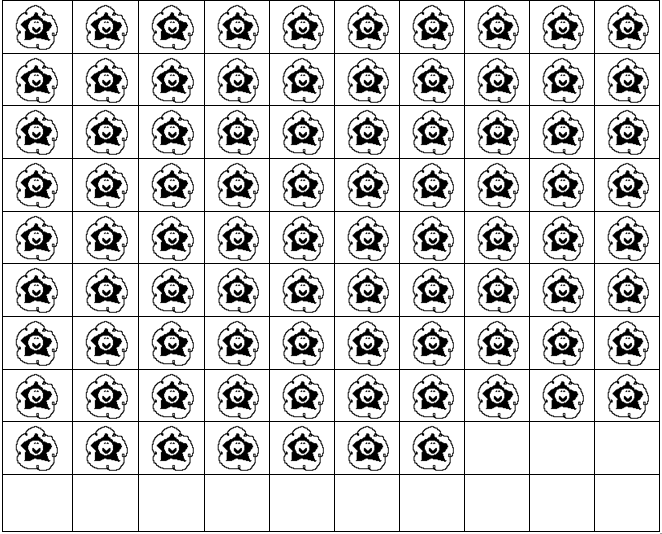